YES,
ALBERT EINSTEIN WAS A GENIUS AND AN ASHKENAZI JEW,
BUT IT’S NOT LIKE YOU THINK 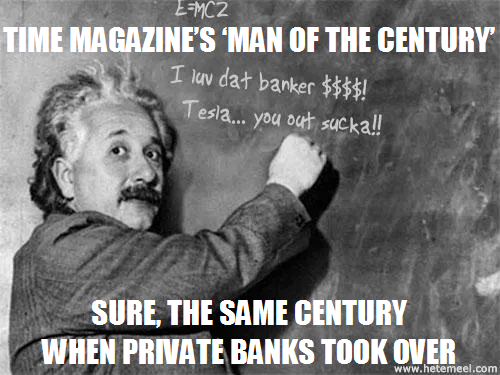 All it takes to impress Americans at a gathering is something like Leonardo da Vinci was ahead of his time. But when it comes to Albert Einstein, it sometimes looks as if he was smack-dab in the middle of his time.

We all know from science that nothing can exceed the speed of light, but relatively it’s happening constantly! The only real question is why we call Einstein a ‘scientist’, unless this is some kind of Yiddish Special Olympics and I wasn’t informed. 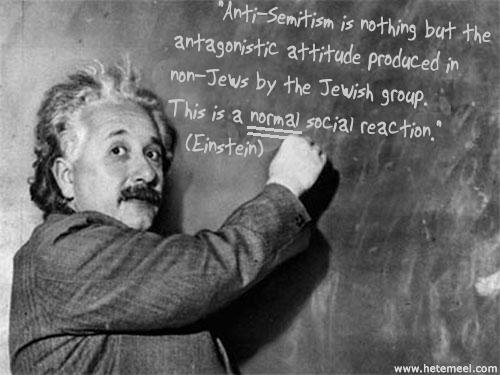 And this coming from a man who lucked out by being in the U.S. when Adolf Hitler won the chancellerian election!

The real reason media-led ‘pop culture’ hails Einstein as a ‘scientist’ is because he champions not science but scientism. What I mean is that his sloppy plagiarized formula is the last thing standing between us and the truth of a geocentric universe (see last video).

Einstein changed one term from Hendrik Lorentz’s formula and published it as his own. Both were completely loony and political reactions to the windfall following the results of the Michelson-Morley experiment. Most likely he exploited his post as a patent officer and was in league with the Freemasons of the time. (Careful who you idolize, right?)

In conclusion, Einstein really wasn’t who we were told, but he was still a total rock star of profundity! Oh, and please understand that I’m not being patronizing when I call him a true genius and cultural luminary as well as icon. As a 90s Catholic kid, I was treated to this and that Italo-American Catholic evangelist (nationalist?) plagiarizing Einstein’s sayings right and left with nary a scruple. One of the late great Mother Angelica [4]’s most iconic ‘sayings’ concerned ‘what God thinks’, and the ex-priest John Anthony Corapi could rouse a crowd with his standard ‘God has placed clear limits on Man’s intelligence, but none on his stupidity’–to whose veracity their own popularity is maybe a case in point!

________
[0] You’ll find that aether does necessitate geocentrism: see the Michelson-Morley Experiment.
[1] Concerning space, Tesla said: ‘I hold that space cannot be curved, for the simple reason that it can have no properties. It might as well be said that God has properties. He has not, but only attributes and these are of our own making. Of properties we can only speak when dealing with matter filling the space. To say that in the presence of large bodies space becomes curved is equivalent to stating that something can act upon nothing. I, for one, refuse to subscribe to such a view’ (underline added). Note: neither Tesla nor Einstein has a middle name.
[2] This blogger found it fascinating to learn that Einstein’s theory was translated into English by none other than Satyendra Nath Bose of India (no relation to the Bose Wave Radio man, though both hail from Bengal, specifically Calcutta). Especially since the boson in Higgs boson (the new name for ‘aether‘?) actually derives from this very Bose.
[3] Jewish nationalism includes both classical Judaism and Europe-based Zionism.
[4] My favorite words from the Talmud express the Golden Rule or Law of Reciprocity which, like all the key points of Judaism, actually comes from Egypt:

דעלך סני לחברך לא תעביד. זו היא כל התורה כולה, ואידך פירושה הוא: זיל גמור
‘That which is hateful to you, do not do to your neighbor.
That is the whole Torah; the rest is the explanation. Go and study it’
(Babylonian Talmud, tractate Shabbat 31a). 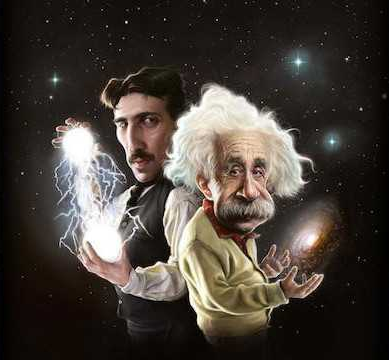 And then there’s super-science?