A Facebook profile was forcibly disabled for 24 hours today for making the following (incontrovertible) comment: “No other ethnic group calls haters anything except ‘racist’. But Jews invent this linguistic abortion ‘anti-Semite’. Does not speak well to that myth of Jewish intellectual superiority. Buncha quacks.” Please tell his story. Please make the truth of our Judeocentric neurolinguistic programming (NLP) go viral:

There seems to be a cacophony of confusion in the Western world about who or what a “Jew” is, and some of this convolution is the Jews’ own doing, or rather it is due to Jewry’s shockingly wide spectrum of styles* and the constant outflux and influx of people to and from the Jewish identity through the centuries. As ambitious as this may sound to this demoralized civilization that has largely played the role of the megabanks’ bitch, let’s try to clear the air on who or what a “Jew” is, shall we? 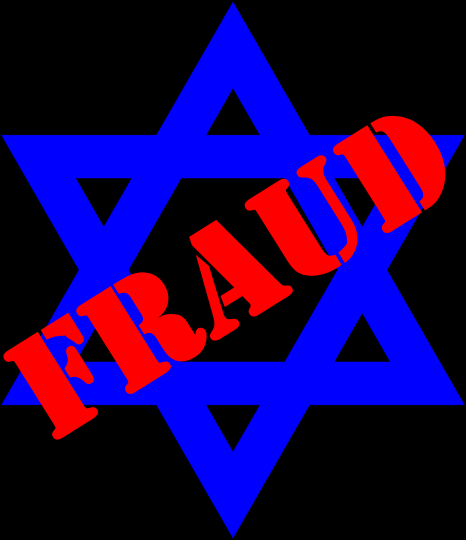 The “Star of David” not only bears no connection to the Great King and Psalmist; it was never associated with Judaism at all prior to the 19th century! Where this hexagrammical shape can be found is on the official coin/seal of the Kaganate of Khazaria!

Moreover, political Zionism’s undisputed yet puzzling founding father Theodor Herzl wrote in his diary: “An excellent idea enters my mind. To attract outright anti-Semites and to make them the destroyers of Jewish wealth.”

________
* Surprisingly, “Jews” range from those who observe the Torah and ignore everything else, to those who explicitly reject the Torah as do the disciples of Sabbatai Zevi (“Sabbatean Jews”, founded in 1666) and relatedly the followers of Jacob Frank (“Frankists”)!

Early Christianity, before it became sort of galvanized and Calvinized through persecution, was much more influenced by the more organic, populist, and nonviolent Zen and Gnosis than many suspect. But our church experience too often is that many sermons rob us of our common sense in broad daylight, and many churchy settings seem to have a knack for snatching spiritual defeat from the jaws of victory. Preachers should be teachers, and churches should be schools. But what happens more often than not is that preachers are liars, distorters, manipulators, child molesters, agents of the established order, and in short more ambassadors of (d)evil than of go(o)d. In short, they domineer and commandeer our humanity amid unfalsifiable theology mumbo-jumbo that appears to vaguely promise divinity. As a group, ministers are a lot like healers: some are driven by patient-end results and others by money contributed by the patient to feed the one family they really love—their own. The latter group are charlatans, and what they do is best described in the following terms: a con, a ruse, a scam, a hustle, and a racket.

With that said, how should the awakened congregant respond? One possible first step is to consider my role in this two-way dynamic that only seems on the surface to be asymmetrical. How am I fueling the flames of spiritual deceit? No one can be fooled who has not first fooled themselves. Take some time to take stock of how suggestible a person you are? How easily flattered are you? How invested are you in the worldly systems? Are you a manipulator yourself, who seeks to control the minds of those “beneath” you (such as your “woman” and your “young”)? How much of your daily life is spent acting (be it reacting or play-acting)? If the answers to any of these questions bother you, odds are good you’re part of the problem of Churchianity without even being ordained or appointed!

The secondary question is: How afraid are you to research beyond your pastor’s words? Of the preachers I can’t stand (i.e. the ones who aren’t teachers), some are dogmatic (ordering you on what to believe) while others are weak-kneed (ordering you not to cling fundamentalistically to any creed), but both somehow seem to create the sheeple effect in their aptly-named “flock”.