Allow me to address this “e-wall-ution” (er, no it’s not!) that we’ve been seeing lately.

What I think many brainwashed–er, “patriotic”–“Americans” don’t understand (can’t understand?) about Trump’s “wall talk” is that, as absurd as it is on so many obvious levels, it also promises to sap any vestigial meaning out of the expression “United States of America”, since what that appellation communicates is a long hoped-for confederation of sovereign nation-states comprehending the entire Western Hemisphere, though obviously few today consider it from that cool-headed a perspective, especially since the United States are effectively one State (since the deified Lincoln) and a bank-owned Corporation (since Wilson).

(Let’s take a moment to wonder, had Lincoln lived to retire, what regrets he too would have expressed as Wilson did?)

This of course bolsters the perception that Trump’s presidency is really the end of the US’s international credibility with any nation-state other than Israel, which as we all know is an apartheid police state with no fewer than sixty-five separate anti-Arab laws currently in force.

(Everything you know is a lie.)

‘The great unmentionable evil at the center of our culture is monotheism’
(Gore Vidal).

I recently let the thought sink in that my father and I had not really bonded, that neither had he and his father, and that this had produced unilateral, dogmatic thinking. A cosmic miracle followed from this personal miracle. As I was reflecting the other day on the Gnostic arch-mythos, to my amazement I started inferring all these family values, such as the truth that in true love there is no need to impress or that a boy really does need his father to spare him abysmal confusion. At that moment it dawned on me that Western theology is woefully inauthentic, and I do mean all of it, and I do mean fundamentally. It is the terminology of bad fathering. GIGO! If it is true that Sophia–which is Divine Wisdom–has inhabited the most beautiful feminine forms through the ages in an effort to correct her mistake, then it is clear that the end-goal of every life, as different as they may be, is perfect centering peace, and this is the inseparable sister of self-affirmation.

If, as Gore Vidal wrote, ‘the great unmentionable evil at the center of our culture is monotheism’ (or its creator dualism), then certainly the esoteric perspective on religion (and latent within it) is the answer to our issues, particularly our father issues, which is of course the father of our issues. Is it any wonder that Freud, like the Gnostic reformers of old, drew so heavily from classical mythology, demonology and personal eschatology? Contrary to what we’re told by our ‘leaders’ (who remember were abused if not tortured as children), mythology is psychology, and fairy tales are (as Einstein pointed out) the key ingredient in intelligence. Do not settle for the downer of outer-focused religionism, which is simply a corruption of spirituality, a treasure we can regain with the aid of the Mother of the Demiurge* to whom he must answer!

Neter-khertet, heart of the Earth

Note the resemblance of the vesica piscis (Latin for ‘fish bladder’) not only to the mandorla (Italian for ‘almond’, the classic sacred feminine form) but also to the Paleo-Christian ichthus (Greek for ‘fish’). Jesus, the son of her whose name means ‘Rebel’, chose fishermen first and foremost.

Every religion forbids to the layman that which gives the clergyman his power. You cannot likely achieve liberation or fulfillment without at some point seeing through this ruse.

Sigmund Freud, the father of psychoanalysis, claimed that a man’s prime drive is to murder his father and marry his mother. Yoda, the patron saint of untrain.org, told Luke he had to confront Vader to become a Jedi. Paul wrote: “Knowing this, that our old man is crucified with him, that the body of sin might be destroyed, that henceforth we should not serve sin. For he that is dead is freed from sin” (Romans 6:6). Nietzsche wrote: “The madman jumped into their midst and pierced them with his eyes. ‘Whither is God?’ he cried; ‘I will tell you. We have killed him–you and I'”. This indubitably was in response to (imperial) Christianity (Protestant and Catholic equally perhaps)’s infantilizing impetus.

Like Freud, the Gnostics were immersed in myth, and certainly their aim is defeating the creator’s egoism and exalting Sophia, but it’s also discovering the feminine within, which is what the mature man is secure enough to do, sometimes represented by pink shirts. 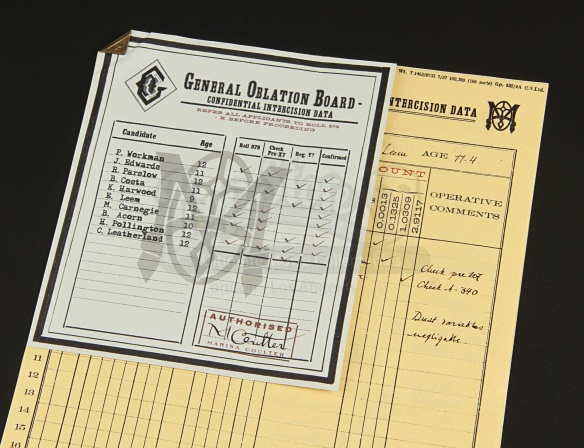