IF I DO NOT HAVE THE RIGHT TO DO X,
I CAN NEVER DELEGATE X

All Ten Commandments of the Mosaic Decalogue, which whether or not it’s still posted in your local courtroom nonetheless represents a skeleton of Western law (sorry anti-Semites), are there to proscribe those evil deeds that we the people refuse to do ourselves individually but in the United States of America insist on saying we “delegate” to government officials and hiring and funding them to do the same evil deeds in our name and on our behalf.

What this means in the blogger’s opinion is that we must not have a representative government at all, but rather a tyranny masquerading as a democracy. The ancient Israelites who followed Moses were slavish and tribal in mentality and therefore simply did not consider other people “people” but rather beasts who could be genocided to make a homeland for the chosen nation of YHWH or I AM—the first master race mindset, if you will.

As such, they could balance “Thou shall not kill” with a total war policy. This ancient theological nationalism is of course always barbaric and appalling to sane, globally-minded persons. Furthermore, as to laws themselves—or rather as to government’s right to enforce said laws—that is all refuted by THE GOLDEN RULE. If you would not be governed, you must not govern. Quit your thug mindset, and you’ll soon find that government is as repugnant to you as it is objectively immoral.

ARE “WHITES” REALLY JUST DISAPPEARING ON THEIR OWN
OR IS TODAY’S WORLD RUN BY FANS OF CHARLES MANSON? 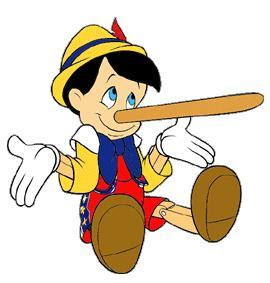 Are the fair-skinned peoples of Earth really an endangered breed, or is this narrative that’s being beaten into the mainstream simply yet another example of loud wish-fulfillment by the media (which is owned by an ethnic minority, but decidedly not an oppressed one), with their infinite reserve of reverse racism (to say nothing of sexism), trolling on behalf of the elite who just want us to all shut the hell up about freedom and to slave for them from nine to five or else die? (In other words, Never live by your minds, only ours! Contrast: “Live free or die.”)
.
Apparently, the media—almost sounding like Emperor Palpatine—would like nothing better than for you to rest assured that persons of European heritage will “inevitably” become a minority in the nakedly arbitrary timeframe of 30 years. But with all due respect, how can they seriously know that? The common-sense answer is also the correct one: they can’t.
.
Rather, these loaded projections, transparently calculated to demoralize as much as to “forecast”, are based on a selective range of trends, published with a view to crush morale, and it begs the question of whether you’ll continue to be lame enough to continue let yourself be demoralized by Global Marxists (i.e. the UN and their lackeys) for another 30 years—which again is simply wishful thinking on their part, nothing more. Just you seize their light-years-ahead technology, and then let’s recalculate this thing.
.
Modern people spend more time indoors than any people ever before. Time spent indoors is historically the main cause of a lack of skin pigmentation (or as we’re brainwashed to refer to it “Whiteness”), together with local climates. Doing a quick reality check, all the world’s richest and most powerful people are White males (albeit Ashkenazic). So unless I’m missing something, melanin-free skin would be on the rise were it not for the systemic demoralization of the developed world (and our obsession with travel, promiscuity, and consequent birth control—great examples of how the aspects of the lives of the super-rich we choose to imitate are all the wrong ones, ensuring our imminent doom as a group).
.
This glib, Charles-Manson-esque prediction repeated ad nauseam by the media, representing the financial and political class (whom of course it exempts), clearly coincides with the gutting of the middle class. Whites aren’t disappearing, they are being targeted because with each inbred generation the super-rich become more paranoid. They are quite simply terrified (as only the emotionally stunted can be) by competition and have such advanced technology that they no longer need a work force (i.e. “middle class”). They’re ready to put their toys away—i.e. kill us off. Whites aren’t disappearing—they’re being phased out.
.
And just to add insult to injury: http://protectthewhitedeer.com/why-save-the-white-deer

IF EVER THERE WERE TWO NOT-SO-OPPRESSED MINORITIES…
.
Outgoing President Obama, who at any rate was always seen as “Goofy Barry” by everyone (probably all an act to mask his globalist corruption and treason), has lately seemed obsessed with Skokie, Illinois. No one knows why exactly, but my reason would have been the notorious Neo-Nazi uprising, whose ring-leader was forced to step down when he was exposed as…half-Jewish?
.
That’s right: The 1977 engineer of the legally permitted Nazi rally and march in Skokie was National Socialist White People’s Party coordinator Frank Collin—whose father Max freely identified as a Jewish survivor of the (Paleo) Nazi Holocaust, having changed his surname from Cohn (“Cohen”) upon immigration. Moreover, Agent Collin’s mother was reportedly a Catholic.
.
This really got me to thinking about the relationship between Catholic and Jewish élites that’s been developing on the public stage from the mid-60s to present. You know, thanks to our Common Law system (with the exception of famously Roman Catholic Louisiana), the courts, who are increasingly radical, increasingly rule over these United States on behalf of the District of Columbia, Inc. (Connecticut, the most Roman Catholic state in the Union, is also the wealthiest!) That is why it’s funny to consider that today Roman Catholics and Jews jointly control the Supreme Court (6 Catholics, 3 Jews, and nary a Protestant), much to the chagrin of the fabled Pilgrims, FDR, and their heirs the Reformed Christian majority. This is quite a revolutionary development, considering the only Catholic president the US ever had was assassinated at the same time as the Second Vatican Council (or as some have termed it “The Takeover”) was getting underway—and frankly JFK’s martyrdom was no isolated incident, since a slew of wealthy traditional and intelligent Catholics died mysteriously in the ensuing years, with the notable exception of Jeopardy Grand Champion Hutton Gibson, father of famous Mel and prolific critic of the “Neo-Catholicism” that was canonized in Vatican City over the 1960s.
.
And this reminds me of another extremely recent news piece: “Neo-Catholic” Pope Francis just implicitly endorsed the USA’s one Jewish presidential candidate by inviting him (and him only) to the Vatican.
.
In sum, the Vatican élite and financially gifted Jews seem to work well together lately (which is a pleasant way of saying “conspire”) toward socially engineering ends, and I have little doubt the banks are key players in these historically strange bedfellows. But this bedfellowship, strange or not, seems to have really paid off in a worldly way, and as I’ve said, Jews and Catholics have to be the two most un-oppressed minorities—far more like noble bloodlines in today’s geopolitical landscape. (Anyone who’s even remotely awake has heard of the Jesuits and the Rothschilds.) And, considering that the Caesar-imitating “Renaissance popes” (the worst of whom even took telling and violently unchristian names like Alexander and Julius) were likewise eerily friendly to Jewish power, said bedfellowship may not be quite the inspired gesture of tolerance that the politically correct simpleton or Catholic trendy may be hell-bent (!) on reading into it.